The only authorised reissue of all time classic dub album originally released by Starlight Records on 1982. 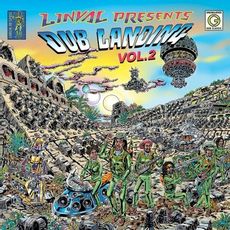