kicking off the uk relaunch of the legendary mtv unplugged series, the band Recorded a beautiful stripped back set at London’s Roundhouse on November 8th 2017.

they follow in the footsteps of influential rock bands who had previously performed as part of the series, notably Nirvana, Pearl Jam and R.E.M. The show is rich with favourites from the Biffy catalogue and they manage to flourish with acoustic performances of songs that were more aggressive and dramatic in their original form, such as ‘The Captain’, ‘Black Chandelier’ and ‘Bubbles’. A stunning take on the Beach Boys’ classic ‘God Only Knows’ is an undoubted highlight, while a brand new original song is also included in the shape of ‘Different Kind of Love’. 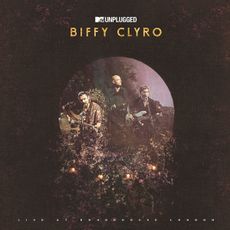