Move Through The Dawn


album number 9 shakes things up again! stepping back from their previous foray into a heavier sound, this one’s all sunshine, evoking the glossy pop of the sixties.

‘Move Through The Dawn’ was recorded at Parr Street Studios in Liverpool and produced by The Coral and Rich Turvey. The album is the influential Hoylake five-piece’s follow-up to 2016’s critically acclaimed ‘Distance Inbetween’, which featured the BBC 6Music playlisted singles ‘Miss Fortune’, ‘Holy Revelation’ and ‘Million Eyes’. “a glorious summer soundtrack full of blissfully romantic melodies that see them drawing on the highs of their previous outings” 4/5 – louder than war. 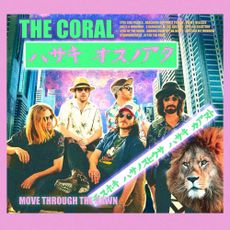