the definitive doom-laden stoner rock band return with their first record in 15 years and it’s freaking incredible! as darkly bombastic as ever, with plenty of ear watering guitar freakouts  to savour for years to come.

Years after the release of ‘Volume One’ in 1991, ‘Sleep's Holy Mountain’ in 1992 and the epic ‘Dopesmoker’ in 2003, the sonic titans reaffirm their place at the top of the riff pyramid with this sweeping array of craggy, groove laced sounmdscapes. these are the all-fathers of bands like earth, monolord, weedeater and electric wizard. “It makes everything that was originally great about Sleep even better” 8.4 – best new music – pitchfork. ***the limited '420' version sold out in an instant! don't miss out on this equally limited green version.*** 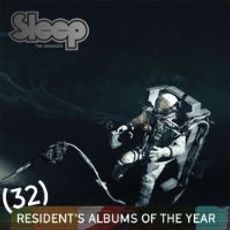