Soundtracks For The Blind (2018 REISSUE)


the end of the beginning for swans mark 1 was a beautiful, living and breathing album of suitably epic proportions – reissued in lush fashion for your reappraisal.

A dreamlike album, it collects a wealth of swans modes into something remarkably whole and consuming. This is them at their most filmic – and perhaps least intense in terms of volume – showcasing astounding musicians able to create worlds for you to live inside. As such it may just surprise those who otherwise find their intensity off-putting – this is like the best post-rock album you’ve ever heard, but with art and grit in its seams. “when they decided to end Swans with one last studio release as a prelude to a farewell tour, they did so with what turned out to be their biggest and best album ever” 9/10 - allmusic

***'Soundtracks for the Blind' is released for the first time on vinyl, consisting of four LPs in jackets enclosed in a box with a poster. The cd version is in original digipak from and features a bonus disc of the contemporaneous “Die Tür Ist Zu” EP*** 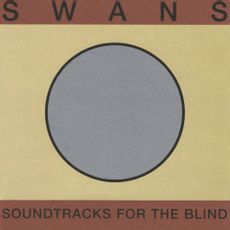