THE SONG REMAINS THE SAME (2018 remaster)


this is A new edition of the soundtrack to their legendary live show, featuring newly remastered audio.

The performances in the film were recorded during the band’s tour for its then-current studio album, 'Houses Of The Holy'. The collection is packed with electrifying live versions of Zep classics like “Rock and Roll,” “Stairway To Heaven,” “No Quarter,” “Moby Dick,” “Dazed And Confused,” and “Celebration Day.” ***On the 4-LP set, Page made a change to the track sequence, allowing the epic, 29-minute version of “Dazed And Confused” to feature in its entirety on one side of vinyl for the first time.*** 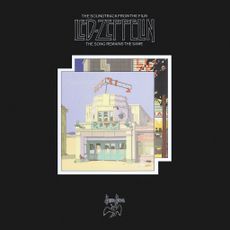