black honey’s bubblegum scuzz has thrilled us ever since they burst onto the scene in 2014 & this album gives us exactly what we wanted: treacly choruses that stick inside your head, delivered with an irrepressible energy.

with their squalling guitars, vivid colours & cinematic vignettes, there’s no other British band out there quite like Black Honey. After a string of fantastic singles that have amassed an overwhelming appetite for something more substantial, their long-awaited debut is made up of entirely new music with 9 brand new songs on offer. across the entirety of the record, the varying tracks switch between chart-headed bangers & scuzzy, industrial David Lynch inspired strangeness. The album is ultimately a collage of chaos, shot straight at the heart – honest, inspiring & deeply infectious. Fans of fickle friends, pale waves - or garbage & the breeders – will love this. 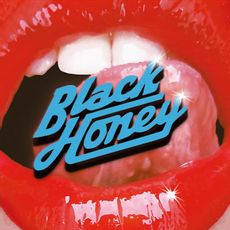