Having beaten illness that threatened to end his life, the chills’ martin phillipps has returned to make an upbeat yet introspective album of coming to terms with life and it’s intricacies.

He’s described it as about "consolidation, re-grouping, acceptance and mortality. Hopefully a kind of Carole King 'Tapestry' for ageing punks." On 'Snow Bound' lost heroes are lamented, relationships are re-evaluated, atonement is sought, mortality is mulled over and fake news is undercut. It's serious stuff, the thoughts of a dysfunctional 50-something wrestling with maturity and discovering that their post-punk DIY beliefs still have a real voice that resonates between the fans of their early years and which can now pass down to the next generation. “filled with pop hooks among a fairground psychedelia that’s denser and darker than ever” – 4/5, mojo 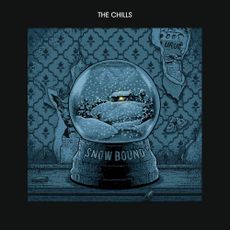