A DELIGHTFUL 2001 FM BROADCAST FROM MALMO, SWEDEN from the troubadour.

Having left Whiskeytown in 2000 after three acclaimed albums, Ryan Adams started his solo career with the equally celebrated 'Heartbreaker', released in September of 2000. He began a US tour to promote the album early in 2001, and by April had moved onto Europe, where Adams was attracting a large, enthusiastic following. On 4th of the month he played at the famous Kulturbolaget, in Malmö, Sweden, a delightful acoustic show which was recorded for simultaneous FM Radio Broadcast, transmitted live locally and synched too across a number of US stations. This CD features this entire, dynamic show during which Ryan not only performs a superb selection of his finest tunes, he also communicates admirably with the Swedish crowd, despite having a very limited grasp of the native tongue. 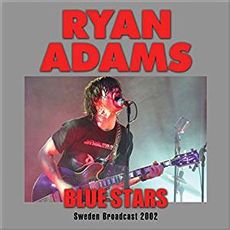