Ostensibly a companion album to ‘staccato signals’, ‘drone signals’ is every bit as essential as his previous, aotw worthy album, with a harsher, more ben frost-like approach to sonics.

Feeding strings through an array of modular synthesisers, the task became dismantling the tracks – stripping them apart to see what was left, letting certain sounds or instruments become the focus, and then rebuilding the arrangements around them. This allowed elements to breathe, yet also to become more static. The less chaotic and more ambient nature of these pieces suggested a related album of versions, a conceptual sibling. ‘Drone Signals’ will no doubt appeal to fans of the experimental world-building of recording artists and soundtrack composers such as Ben Frost, Hildur Guðnadóttir, Max Richter, Johann Johannsson and Ryuichi Sakamoto. 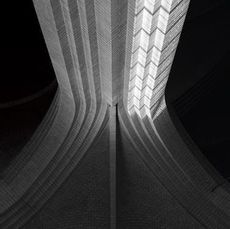