Gorgeous, meandering songwriting that recalls mac demarco and kurt vile at their slackest meets dark and grim themes – it’s an odd juxtaposition that somehow healy makes work perfectly. ‘666 Kill’ is an EP with an unusual genesis. Healey set himself an experiment: to rapidly put together a body of work from his first idea to completion without overthinking any part of the process. And so he’d write lyrics in his bedroom that were rich in violent gothic imagery – an ominous home invasion from the devil (‘666 Kill’), an existential bullet-in-the-head (‘Lovelawn’), and a metaphorical grim reaper (‘Learn Toulouse’) – before rushing down to his studio / garage to record them as quickly as possible. “I was trying to touch on different ideas I had at the time: weird things like planes going missing and an obsession with death, which sounds really depressing but at the time I found it really interesting,” he explains. “We all have weird little things that run across our minds and we generally don’t say them out loud. For good reason! But it felt like an exciting process to write in that style and not put a filter on it.”A week later and it was done, with Healey having recorded vocals and almost all of the instrumentation himself. A fortnight later, however, he listened back and was pleasantly surprised at his latest creation. From the menacing country-folk of the title track to the beautifully bleak contrast of ‘Lovelawn’ and the relatively uplifting closer ‘When You’re Lonely’, it echoes the low-fi introspection of Elliott Smith with the rawness of early Neil Young. A notable detour is the hypnotic rhythm and screeching sax that permeates through ‘Guitar Music’ – ironically named given that it was the first song that Healey ever wrote on keys and features no guitar beyond some bass. 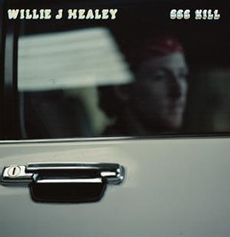