richter’s intoxicating use of 80s neon-noir synthscapes provides moments of propulsive tension and stirring sentiment, perfectly capturing the period and the narrative of its on screen counterpart.

the film tells The story of teenager Richard Wershe Jr, who became an undercover informant for the FBI during the 1980s and was ultimately arrested for drug-trafficking and sentenced to life in prison. This is a must for fans of the scores heard on netflix’s ‘stranger things’. 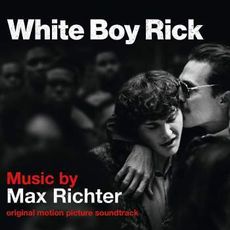