‘The Proposition’ was the first feature length soundtrack composed by Nick Cave & Warren Ellis and saw a departure in the pair’s previous band-orientated projects, (The Birthday Party, Nick Cave & The Bad Seeds) providing a haunting and uneasy soundtrack to the film.

The film itself, released in 2005, was directed by John Hillcoat and starred Ray Winstone, Guy Pearce and Danny Hutson and also won a series of accolades including Best Original Music Score at the AFI Awards. Available for the first time as an LP, re-issued on limited edition gold vinyl. 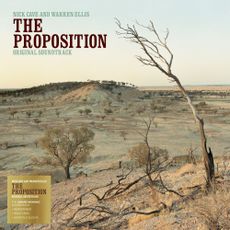