All artwork taken by Cuts himself in Iceland.

Lead single from upcoming album ‘A Gradual Decline’ alongside two exclusive B-sides.  Cuts’ music has been described as “diving-belldeep growls to sky-scraping, synthetic peals” by Crack Magazine, with The 405 noting “clear influences from the powerful build of Mogwai tracks to the My Bloody Valentine-esque use of distortion and distant vocals.” On Cuts’ ‘EP1’ released by Invada, The Quietus wrote “the buzz and hum of fed-back electronics get underscored by the undoubtedly sinister-feeling creep of industrial percussive mechanisms.”  A stark sense of urgency permeates the music on ‘A Slow Decay’ - sometimes chaotic and alarming, with siren-like melodies, volatile, stuttered beats and synthetic gales of melody that wrap themselves around glacial percussion. Elsewhere the sense of precarity is subtler, enveloped in gaseous chords that swell and evaporate, or ethereal and dense guitars and distant vocals - all hallmarks of previous Cuts material, here honed into a concise conceptual set. 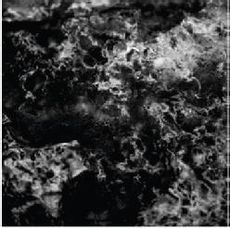