Learning To Cope With Cowardice / The Lost Tapes (Definitive Edition)


This release brings together a faithful reissue of stewart and sherwood’s era-defining original album with a set of unearthed prototypes and dubs of darkly thrilling pre-eminence.

The backdrop in which they produced the record was one of pressure and unrest, an atmosphere driven by severe social deprivation and unemployment, Cold War disquiet and fears of nuclear conflict. They came up with a disfigured and cataclysmic music - a record of radical devastation that still resonates. Alongside the original comes ‘The Lost Tapes’, a collection that represents the outcome of a painstaking search for unheard material. Brought together into a sequence of embryonic prototypes, frenzied dub versions and new archive discoveries, it chronicles early ideas and unknown stories. a project that would prove to be a revolutionary benchmark for many, from the innovators of the ‘Bristol Sound’ (Tricky, Massive Attack) through to the likes of Trent Reznor and Nine Inch Nails. “a profoundly disorienting act of oblique cultural cold war criticism” – pitchfork, “captures the spirit of the times perfectly” – mark fisher 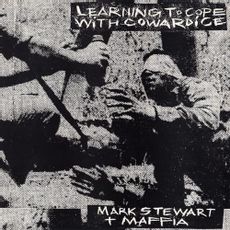