On the triple-set release we get a neat showcase of the three, four and five person line-ups of Bong, the core trio of Dave Terry and two Mikes, Smith and Vest, with Benjamin Freeth joining on Shahi Baaja in 2012 (those unmistakable twinkling zoings on ‘Dreams of Mana Yood Sushai’), and then Pete Ryde a further addition on guitar for 2014.

Mike Vest’s guitar is all intense dread psych, from endless dirt krssshhhh, to a hurricane wheeling and whirling churn. ‘Trees Grass and Stone’ is stunning, starting with fully ten minutes of just pure wild electricity, like you’ve plugged your mind into the thick fuzz cable. There’s unhinged insect skittering at the end of ‘Dreams of Mana Yood Sushai’, and great crackling thunder shards of guitar are thrown down at the end of ‘Onward to Perdondaris’. Across the band’s releases, Vest seems to be assisting Dave Terry’s bass in a shadowy heist where they’ve constructed some sort of occult sonic drill which just grinds and grinds away, threatening to break into the abyssal vaults of the universe’s sonic consciousness. (Echoesanddust) 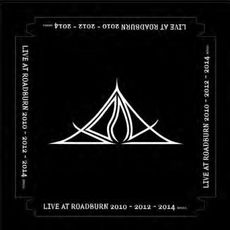