ELIZA AND THE BEAR


A cathartic comeback for the pop heroes, who faced down depression and label rejection and have responded with an album of joyful anthems.

It’s been a tumultuous couple of years for the London-based outfit who were tipped for success on their emergence in 2013 and went on to a sold-out UK arena tour with Paramore, along with main stage appearances at the Reading & Leeds Festivals et al. The eponymous debut album reached The Official UK Top 40 in 2016. The major label life then caught up with them and a parting of ways with Universal Music Group led them to a crossroads and a difficult time. frontman James Kellegher writes: “Dealing with anxiety, depression or whatever your mind does to fuck up your day, shouldn’t be a solo effort. It became clear that we were all suffering in different ways, with different things. These different things, became songs and those songs became ‘Group Therapy’. I’m hoping ‘Group Therapy’ means as much to you as it does to us. Don’t suffer in silence.” 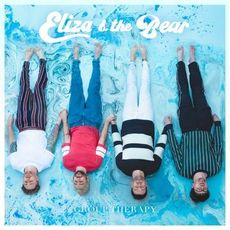