exploring a gentler, brighter side of his creative palette, the ex-husker du member’s 14th album breaks the mould (accidental pun alert!) by injecting a glorious beam of positive energy into his heavy riffage.

The cliché that circulated after the 2016 election foretold a new artistic golden age: Artists would transform their anger and anxiety into era-defining works of dissent in the face of authoritarianism. Yet Bob Mould calls his new album ‘Sunshine Rock’. It’s not because Mould—whose face belongs on the Mount Rushmore of alternative music—likes the current administration. Variations on the word “sun” appear 27 times in five different songs over the course of the album’s 37 minutes. "After a stretch of dark, searching records, the former Hüsker Dü and Sugar leader uses the familiar power trio configuration to find a little peace." - 7.6, pitchfork 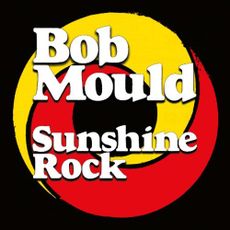