Drenge are back! On their third album, a bold shift in sound is signalled by the rampant heavy riffs of opener ‘Bonfire of the City Boys’ – from there the record feels very much an evolution from anything they have done before, heavier and darker than anything that has come before.

Described by Drenge as a “A nocturnal record. A psychological horror movie on wax”, there is an impressive experimental edge to much of ‘Strange Creatures’, whether it is the saxophones drifting in on ‘Prom Night’ or the twitchy electronic vibes that snake in throughout. The four years away has given them the space and time to craft an evolution in their sound, one that results in an engrossing and rewarding listen. 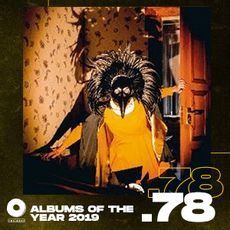