a spellbinding series of synth-ambient soundscapes with lush, pastoral melodies that we’ll struggle to find the likes of elsewhere – it’s a very specific sound that might be exactly just what you’re looking for.

these 13 shimmering tracks conjure up images of Medieval scenes in old video games, baths of mercury or other such things - think a new-age Mira Calix or more lo-fi Kara Lis-Coverdale. It's an album of uninhibited expression, a balance between playfulness and nuanced intentionality. ‘Foxes’ is loosely inspired by early Surrealist automatism, made-up languages, Middle-Eastern Hakawati storytellers, and the minimalist poignancy of mimes. Here, Kanaan uses sound as an intuitive gesture to tell a wordless story. More Than Human are based in Canada and have previously released records by Pye Corner Audio, Robert Aiki Aubrey Lowe and Ekoplekz. 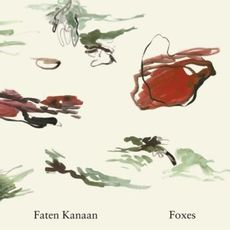