Global superstar AVRIL LAVIGNE is back with her first album in 5 years.

HEAD ABOVE WATER was written while coming out of the darkness surrounding her 2014 Lyme Disease diagnosis. In the midst of her battle, she sat behind a piano and sang past the pain, architecting the early framework for her new album. 2017 represented a turning point as she slowly, but surely recovered strength and started recording again, starting with the first single “Head Above Water.” And over the course of Avril’s sixth full-length album and debut for BMG, she holds nothing back. She details each trial and tribulation from a perspective of triumph and emerges stronger than ever before. You’re hearing the songstress as she was always meant to sound. In this headspace, she hit the studio with a bevy of collaborators, including Stephan Moccio, Chris Baseford, Johan Carlsson, Lauren Christy of The Matrix, Ryan Cabrera, Travis Clark, Bonnie McKee, JR Rotem, Mitch Allan and more 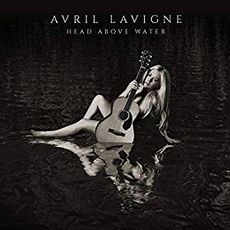