songs from a diary

The band promoted the album with an initial tour across Europe, North America, Japan and Australia. The tour consisted of five legs and fifty-five concerts. In 1993, the band continued touring, adding a further two legs and twenty-three shows in Australia, Europe and Israel. During the tour, the band performed at several music festivals, including Pinkpop, the Reading Festival, Livid, Big Day Out and Viva-Rock. On 3rd June 1992 Nick Cave & the Bad Seeds performed at Amsterdam’s legendary Paradiso Club for a show recorded for live FM Broadcast, transmitted across Europe and synched too in the USA and Australia. This CD includes the complete FM Recording, available here for the first time. 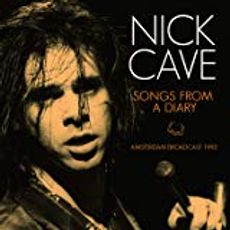