gliding through cuts of global soul, ambient, jazz and folk treasures, sam shepherd guides us through a particularly chilled out entry in the flawless late night series.

Shepherd’s music taste is notoriously tricky to define, ranging from ethereal classical at one end to coruscating techno at the other. The globally-travelled producer has collected untold treasures on his travels from dusty stores in Brazil to market stalls near his hometown. We have some exclusive tracks for Late Night Tales; alongside Davachi’s offerings there is also Toshimaru Nakamura’s ‘Nimb #59’, as well as the now traditional cover version. shepherd delved into his childhood memory for this one, a track taken from the first album his parents bought him, Kenny Wheeler’s ‘Music For Large & Small Ensembles’: Sam offers up his interpretation of ‘Opening Part 1’. 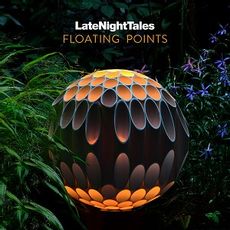