For the album, she assembled a contemporary ensemble of vocalists, developers & an inhuman intelligence housed in a DIY souped-up gaming PC to create a record that encompasses live vocal processing & timeless folk singing, & places an emphasis on alien song craft & new forms of communion. Since her arrival in 2012, Holly has successfully mined the edges of electronic & Avant Garde pop & emerged with a dynamic & disruptive canon of her own, all while studying for her soon-to-be-completed PhD at Stanford University, researching machine learning & music. Fans of arca, ash kosha, co la & Helena hauff should check this out! 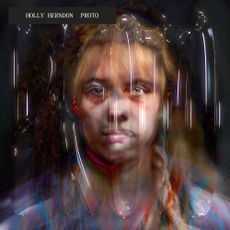