For Record Store Day 2019, Frank Black’s first two solo albums are being pressed on vinyl for the first time since their release in the early 90s.

Both coming on coloured vinyl, exclusive to RSD. • ‘Frank Black’: Recording his debut album during the hiatus and breakup of the Pixies in late-1992, front-man Black Francis inverted his stage persona for his solo work. Co-produced with Eric Drew Feldman (Captain Beefheart / Pere Ubu), Frank let his inner rock historian loose on Frank Black, channelling greats like Iggy Pop, Lou Reed, The Beach Boys & David Bowie in a thrilling way that felt like a natural next step on from ‘Trompe Le Monde’ (the last Pixies album before they reconvened two decades later). ‘Frank Black’ was originally released in March 1993 and has been out of print on vinyl since. A faithful repress is being released as part of Record Store Day 2019, coming on orange vinyl. 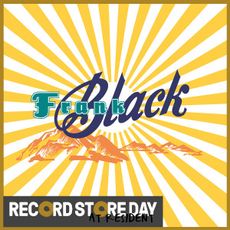