A super-catchy paean to the 3pm kick off, it was co-written with Kero Kero Bonito's Gus Lobban, but wasn't mixed in time for the album's release date. It's the final track to be released from the ‘Home Counties’ sessions, which were recorded with Young Gun Silver Fox's Shawn Lee in autumn 2017, but one of the best. "Listen out for the Queens Park Rangers references", says Sarah Cracknell. "Spot the Subbuteo artwork" adds Bob Stanley. 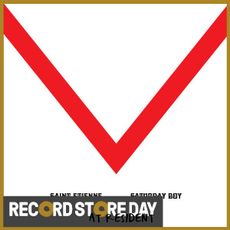