George Nooks first found success performing under the name Prince Mohamed, as a deejay on discomix tracks for producer Joe Gibbs, notably on Dennis Brown’s 1978 hit “Money in my Pocket” His first album, a joint effort with General Echo, People Are You Ready, was released on the United Artists subsidiary Ballistic in 1978. This was followed by African Roots, recorded the following year for producer Linval Thompson. He had a hit in Jamaica with “Forty Legs Dread”, and the increasing violence in Kingston prompted Nooks to record a version of Little Roy’s “Tribal War”, now singing rather than deejaying, and released under his real name His 2016 album Ride Out Your Storm reached number 4 on the Billboard Reggae Albums chart, and number 22 on the Gospel chart Tracks: My Little Baby / Survival / Skillfull Natty Dread / Dry Up Your Tears / Don’t Come Running Back / African Roots / Love Is The Answer / Clean Hands / Shoutin’ Temple / Every Mouth Must Be Fed 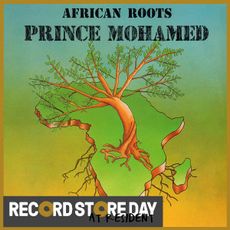