this expanded reissue of duffy’s excellent 1996 solo album includes 2 career-best songs that were cut from the original release.

honouring Stephen’s original vision for the album, The two Andy Partridge-produced songs ‘’-You Are’ & ‘What If I Fell In Love With You’ have been restored to the album. ***The CD release comes with an entire bonus disc of songs titled ‘Blown Away - Selected Demos Volume 1’. Almost all of them previously unreleased – a testament to this period of unprecedented creativity in Stephen’s life.*** Needle Mythology founder Pete Paphides on this 2019 release: “Back in 1997, I received a cassette of Stephen’s intended version of the record. I was totally besotted &, inevitably, a bit saddened when the amended version came out. I’m so proud to have had a hand in finally getting that record out into the wider world.” 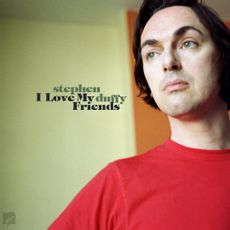