comprehensive 2cd remastering of the californian indie-rock innovators' second (and final) album, featuring an abundance of demos, live tracks, covers and a special message from the band themselves.

alongside the album tracks are eight demos, four live cuts and the last studio recording from the band, a cover of Harry Nilsson’s 'Think About Your Troubles', and the package comes with expanded artwork, photos, memorabilia, essays and a track-by-track commentary from Jellyfish's Andy Sturmer and Roger Joseph Manning Jr. 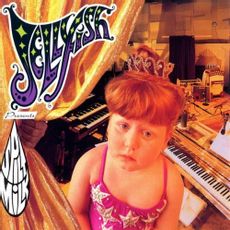