Stone Foundation return with a limited edition double A side featuring studio versions of two covers that have featured on the recent Everybody, Anyone Tour.

Paul Weller once again joins the band on piano for both tracks. Graham Parker sings co-lead vocals for a soulful new version of the Ann Peebles track I’m Gonna Tear Your Playhouse Down, a song which he previously covered with his backing band The Rumour. The release is completed with a spirited version of Terry Callier’s classic track Ordinary Joe. This release is strictly limited to 500 copies worldwide. 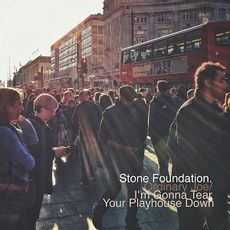