their ninth studio album outshines the loftiest of our expectations, dolloping out glorious, fuzz-laden riffs with gay abandon and leaving us with 12 tunes lodged inexorably in our noggins.

their first album in five years is a return to the straightforward rock of the singer/guitarist Dan Auerbach and drummer Patrick Carney’s early days as a band. “The record is like a homage to electric guitar,” says Carney. “We took a simple approach and trimmed all the fat like we used to.” 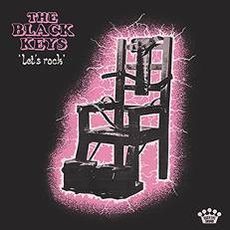