easily their most ambitious release so far, this expansive soundtrack of original material runs from their famed arena-thrilling, anthemic fare, through to quieter introspections & instrumental soundscapes.

the album explodes into life with the title track, which tightly packages Biffy’s angular rhythms with the kind of sky-bound hook that they’ve established as a hallmark of their sound. While the collection often explores Biffy’s gift for arena-filling anthems, the album as a whole leans towards introspection & experimentation. The foreboding yet elegiac ‘Gates Of Heaven’ is quite unlike anything that the band have recorded before, ‘Colour Wheel’ switches to a more ethereal ambience & ‘Touch’ echoes the emotional power of previous Biffy classics such as ‘Many Of Horror’ & ‘Re-arrange’. The album also includes three mood-setting instrumentals (‘Pink’, ‘Navy Blue’ & ‘Yellow’) plus a studio recording of ‘Different Kind of Love’, which originally featured on their ‘MTV Unplugged’ album 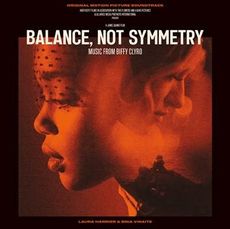