the Toronto noise-punk trio unleash a bunch of non-album singles, B-sides, and rarities dating back to 2009, including long out-of-print pre-Sub Pop recordings, all lovingly remastered for our lucky little ears.

Included here are the band’s first three 7” singles, recorded 2009 2010 and originally released by We Are Busy Bodies Records; a demo version of “Wet Blanket,” the explosive single from 2012’s METZ ; two tracks from the limited edition bonus single that accompanied preorders of METZ ; “Can’t Understand,” originally released in 2013 by [adult swim]; and both tracks from the band’s 2015 single on Three One G. ***Consumers of the vinyl format are rewarded with a bonus single that includes three additional tracks: a cover of Sparklehorse’s “Pig,”; “I’m a Bug” - a cover of The Urinals’ art punk classic; and METZ’s previously unreleased rendition of Gary Numan’s “M.E.”*** 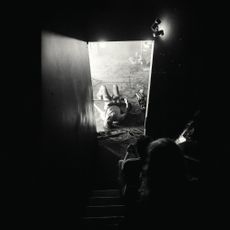