Hailing from Reading in the late '80s / early '90s, Chapterhouse were leaders in the British Shoegazing movement.

Rehearsing for well over a year before committing anything to demo for record companies, Chapterhouse quickly reached the top of their game with their peak arguably being a performance following Nirvana at the 1991 Reading Festival. This release consists of the original Whirlpool recordings from VHF Studios Rugby, Sawmills Studio in Cornwall, Stoneroom Studios, London and Refuge Studios in Reading. Featuring five extra bonus tracks, including an alternative cover version of the Beatles Rain, a demo version of Satin Safe, a longer version of Guilt and covers of the Byrds It Won’t Be Wrong and the Velvet Underground’s Lady Godiva’s Operation. All tracks digitally re-mastered by John Rivers at Woodbine Street Studio 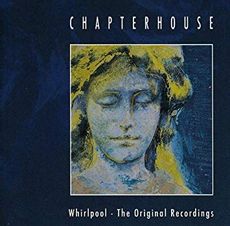