Last Of The Country Gentlemen


to say josh t pearson has had a career of ups & downs would be the understatement of the year.

with early success with lift to experience his career looked on the brink of exploding but they split acrimoniously in 2002, sending all 3 members spiralling into despair. pearson looked set to bounce back with a set of solo songs but instead holed himself up in texas with only his depression to console him. after brief spells in berlin & paris, a marriage, a divorce & a crisis of faith pearson seems to have risen from the ashes with his solo release,  laced in minimal beauty (sometimes only strummed acoustic guitar & vocals) & breathing honesty through his spectacular voice, which doesn’t ever strain but seems to be carrying the weight of the world. the songs are sombre & beautiful, rough & arcing, touching to the heart & the soul. they are contemplative, regretful & muted - there are not enough adjectives to describe something so simple but utterly effecting. a classic in the making. “these songs come from a place beyond romance. pearson has gone there so we don’t have to – we should be grateful he’s returned to tell the tale” 5/5 – uncut, “worth every second of the wait” 4/5 – q. 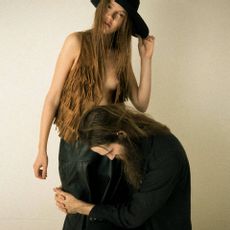