A hugely ambitious, widescreen and epic record that recalls everything from the far away electronics of Basic Channel and Carl Craig, through the skewed songwriting of Postal Service, Flaming Lips and Grandaddy to the euphoric sound-scapes of Sigur Ros and My Bloody Valentine, We Can Create is a work of heart stopping extremes.

The album was recorded without computers, preferring the painstaking process of splicing sounds together on MAPS’ battered 16 track recorder in his Northamptonshire bedroom, the results were subsequently co-produced by Valgeir Sigurdsson (Bonnie ‘Prince’ Billy, Bjork) and mixed by Ken Thomas (Sigur Ros, Hope Of The States). The critically acclaimed album was nominated for the Mercury Music Prize in 2007. Released as part of the MUTE 4.0 (178>TOMORROW) series. 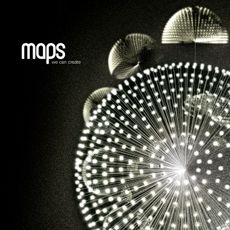