Blue Sky In Your Head


after a gap of 18 years, a return to the classic songwriting and lushly produced sounds that made them an instantly recognisable sensation.

Era-defining songs. Ten million records sold. Twenty-five years’ music-making. A glorious singing voice that stopped the world in its tracks.  Lighthouse Family, one of the most successful bands of the late 90s and early 00s, return with a new studio album after a gap of 18 years. ‘Blue Sky In Your Head’ will be released on Polydor and will include ‘Essentials’, all the bands classic songs remastered for the very first time to celebrate their 25-year recording history. 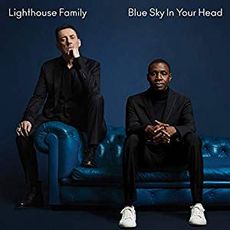