the Melbourne band’s debut is a frenetic, raw, self-assured and commanding barrage of fuzzy pop-punk, stacked with buzz-saw guitars and brimming with honesty. ‘Late Teens’ is what happens when four Melbourne musicians come together to create a body of work entirely devoid of outside inﬂuence, being answerable to only themselves. Over six weeks, bassist Iain MacRae’s house was converted into a temporary song-writing sweatshop where the band wrote forty songs that were distilled into the dozen that make up the track list on ‘Late Teens’. Relying upon the experiences of their friends and people they know as subject matter, ‘Late Teens’ thematically approaches displacement, relationships, internal turmoil, gentriﬁcation and inequality. Fans of wolf alice, harker, estrons and when young will love it! 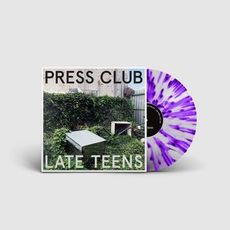