celebrating its 50th birthday, their polarising ‘the soft parade’ gets a handsome fresh lick of audio paint.

This remaster comes courtesy of Bruce Botnick, The Doors’ longtime engineer and mixer. ***To commemorate the album’s 50th year anniversary, Rhino reimagines ‘The Soft Parade’ on a newly expanded 3CD/1LP set that includes the original studio album, remastered. The core of the new collection is comprised of more than a dozen unreleased songs. Among the highlights are stripped down “Doors Only” versions of five tracks where the horns and strings have been removed (“Tell All The People,” “Touch Me,” “Wishful Sinful,” “Runnin’ Blue,” and “Who Scared You.”) The set also features three of those stripped-back versions with new guitar parts added by Robby Krieger (“Touch Me,” “Wishful Sinful,” and “Runnin’ Blue).*** 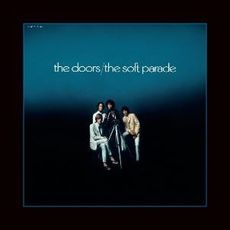