The Beatles’ first concert in Australia was at the Centennial Hall in Adelaide and was recorded for broadcast by the Sydney radio station 2SM on June 12th 1964.

The group played two sets on two consecutive nights at the venue, performing the same ten songs each in each show. 300,000 people lined the 10-mile route between Adelaide Airport and the city centre in the hope of seeing them pass by. Paul recalled: ‘It was like a heroes' welcome…We came in from the airport – it was the same in Liverpool for the première of a A Hard Day's Night, with the whole city centre full of people – and the crowds were lining the route and we were giving them the thumbs up.’ The capacity of the Centennial Hall was 3,000 but there were over 50,000 applications for seats. The support acts were Sounds Incorporated, Johnny Devlin, Johnny Chester and The Phantoms. Jimmy Nicol had been lined up as the stand-in drummer because of Ringo’s sudden attack of tonsilitis, He was a well-respected session player and had accompanied such artists as Joe Brown, Billy Fury and Georgie Fame. Some years later, Nicol spoke about the experience: ‘Standing in for Ringo was the worst thing that ever happened to me.’ He said he was given a gold watch and a cheque for £22,500, but less than a year later, he was declared bankrupt with debts of over £4,000. He reportedly inspired the Sgt. Pepper’s song Getting Better. The boys kept asking him how it was all going, to which he invariably replied “It’s getting better.” The 2SM engineers get a good sound balance after the end of I Saw Her Standing There. From the moment they start to play I Want To Hold Your Hand, the guitars and vocals are crystal clear. Unfortunately for Jimmy Nicol fans, there was no microphone on the drums. But this does give us a marvellous opportunity to assess the how the Beatles might have sounded as a three-piece. Luckily, there must have been excellent stage monitors allowing the band to hear themselves above the screaming, because the harmonies are spot on and George’s guitar playing is faultless. 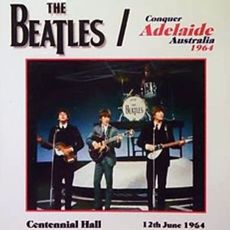