Everything Not Saved Will Be Lost Part 2


much like the sight of a newborn horse, this record is a wonder to behold, featuring some of their most gigantic choruses and packed full of zip.

Foals’ creative ambition for Part one resulted in a striking state-of-the-world-address of an album in which apocalyptic lyrical themes were equalled by the sheer impact of the music. “Part two is a heavier listen, the guitars are more emphasised and there’s some big riffs on it,” explained Philippakis in an interview with NME. “It’s a rock record and it definitely carries on the narrative from part one. Part one ended with a lot of fire and destructive imagery, part two is trying to respond to that”. “oxford brainiacs crank up the volume on blistering sixth album” 8/10 – uncut. 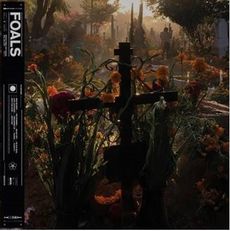