2019 marks the beginning of this legendary Rock band’s 50th Anniversary! Following a live tour, when Hawkwind opened their own shows with an acoustic set, the band went into the studio and recorded Acoustic Daze, acoustic versions of some classic Hawkwind tracks. Including PSI Power, Down Through The Night and We Took The Wrong Step Years Ago, this shows another fascinating side to the band. The 50th Anniversary celebrations have already seen Hawkwind headline the acoustic stage at Glastonbury and headline the metal festival Graspop in Belgium, alongside a host of other UK and European festivals. There will also be a nationwide tour in November to celebrate this release. 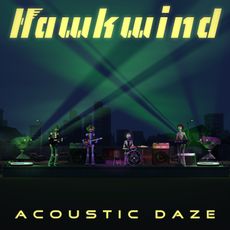