Featuring production by the Dust Brothers, the album was recorded in Matt Dike’s apartment and the Record Plant in Los Angeles from 1988 to 1989, and mixed at the Record Plant. Aside from the vocals, the album is almost completely composed of samples. 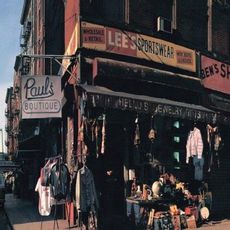