Ramones are proud to present their fourth studio album, on black vinyl.

This album was the first to feature Marky Ramone, their new drummer, replacing Tommy Ramone. This album marked a pivotal change in the band’s style, including songs such as ‘Don’t Come Close’, presenting a more poppy vibe, as well as ballad-style tunes, such as ‘Questioningly’. Still featuring the unmistakable, signature Ramones sound, this album presents deeper emotional content than heard before. Nicholas Edward of Indy Metal Vault labelled this album as one of the best punk albums and Allmusic rated this album 4.5 out of 5 stars. 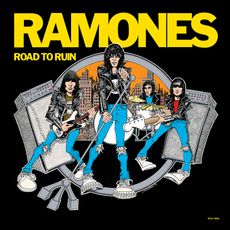