The EP will feature two previously released songs ‘parents’ and ‘hope for the underrated youth’ as well as 4 brand new tracks, including the new single ‘original me’ with Dan Reynolds of Imagine Dragons. Praising “hope for the underrated youth,” The New York Times observed, “The solipsism of the moody side of Lil Peep-adjacent SoundCloud rap meets the grandeur of 1990s arena-Britpop.” Dominic Harrison (YUNGBLUD) wrote the song and produced it alongside Zakk Cervini and Chris Greatti. 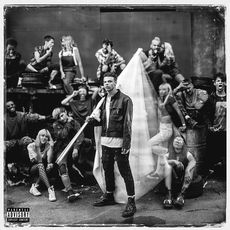