paying a motorik, hazy homage to some of their biggest inspirations, toy play around with 8 classic tracks by the likes of the stooges, nico and soft cell, transforming many almost beyond recognition.

The idea was originally birthed when the band recorded four covers for the bonus 7"s that came with the exclusive version of ‘happy in the hollow’. 3 of those songs feature here alongside 5 new recordings, which comprise tracks by the Stooges, Amanda Lear, Nico, The Troggs, Serge Gainsborough, Soft Cell, John Barry and Pet Shop Boys/Elvis/Willy Nelson (depending on how you know the song). Fans of cavern of anti-matter, throw down bones and the kvb will love this! 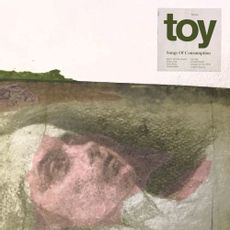