Stacked with amazing performances and adapted from JC Lee’s acclaimed play, director Julius Onah has created an intense, multi-layered and deeply entertaining look at identity in today’s America. Certain to be one of the most talked-about films of the year, ‘Luce’ is a smart psychological thriller that will leave audiences breathless. Says Ben Salisbury: “The script for ‘Luce’ had such an impact on us, that we not only jumped at the chance to be involved, but also immediately came up with a theme for Luce himself. This was one of those rare occasions where our very first response, informed by Julius Onah’s incredibly strong vision, ended up being the catalyst for the whole score. “The music is predominately performed on church organ, which seemed the ideal instrument to provide the sort of ‘cold emotion’ that was often required, and could also be used to build tension and contribute to the general sense of unease. “It was a real privilege to be involved in a film where the drama is so nuanced, and the character allegiances and emotions are constantly shifting. When a film purposefully asks difficult questions, and doesn’t attempt to provide easy answers, you are obliged as composers, to leave the musical 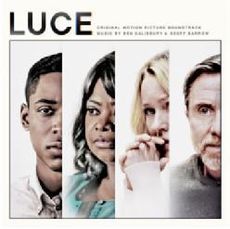