Formed from the ashes of Meta‐Stasis, Ted Maul and The Defiled, Red Method have created a surging buzz in the metal world in a very short space of time.

With their upcoming debut album “For The Sick” due to be released in February 2020 (produced by Scott Atkins of Grindstone Studios – Cradle Of Filth, Amon Amarth, Monuments, Sylosis), Red Method have carefully crafted their songs to contain big grooves, melodies and hooks to translate immaculately in a live setting. For a band that’s only been together for a year they have put forth quite an impressive amount of releases with lyric videos for “Cycle of Violence” and “My Psychosis” to full scale video clips for “Split” (which was premiered and hosted by Metal Hammer) and “Messiah” (which was premiered and hosted on Kerrang’s main page). Each release has been positively received by their fanbase and critics alike. Red Method will continue to release content every month on the lead up to the release of “For The Sick” with their latest single called “The Absent” featuring guest vocals from Mikee Goodman of Sikth, keeping fans engaged and excited. Red Method have been tirelessly touring the UK, having already played with the likes of Philip Anselmo and The Illegals, Akercocke, Incineration Festival, Black Tongue and Monuments plus many more at UK Tech Fest. The band have recently completed a summer run of headline shows and festivals (including an appearance on the Sophie Lancaster Stage at the prestigious Bloodstock Festival) as well as a tour of Spain, culminating with a packed performance at Madkhora Festival in Vigo. There really is nothing stopping this hard‐working band from bringing their unique brand of metal to the world. 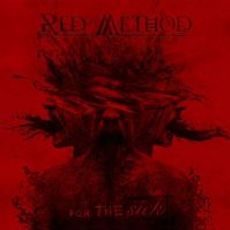