Turia`s upcoming record is an ode to the ageless lure of the unyielding mountains, and an exploration of the sweltering warmth which encompasses these heights every summer.

Crackling green pastures full of life morph into scorching fields of withered grass and decaying alpine herbs. Shrieks of lammergeiers prowling for the bones of decomposing creatures reverberate throughout the high summits. The purgatory potential of the massif is revealed when death prevails. Witnessing these changes and enduring the delirious heat formed the basis for “Degen van Licht”. The maniacal drumming, tormented screams and spectral guitars coalesce into a sound that will be familiar for long-time followers of the band, while further developing their signature psychedelic aural structures. Cavernous reverbs evoke great depths and heights, while analog delays reminisce the phantasmal rays of the sun. The years of playing live across Europe since Turia’s last album “Dede Kondre” are revealed in an increased complexity of songwriting. Taking cues from mid-era Bathory to early Hawkwind, moving between ferocious sonic avalanches and churning dirges, “Degen van Licht” is sure to expand Turia’s idiosyncratic style of black metal into new territories. The album is once again produced, recorded, and mixed by Turia themselves with assistance of longtime collaborator M. Koops. A greater clarity in the production is enhanced by the tasteful mastering courtesy of Greg Chandler at Priory Recording Studios. 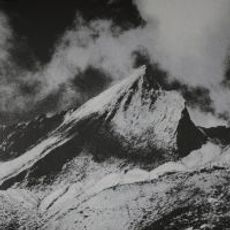