I Am Not A Dog On A Chain


the roguish songsmith’s 13th studio album sees him cavorting with a brave new world of electronica, resulting in his most adventurous and exciting record in a jolly long time.

“Moz's 13th solo album verges on the avant garde, marking a bold departure. It might even be worth crossing the Twittermob line for” – nme. “as great as anything he has ever written” 4/5 – the independent. 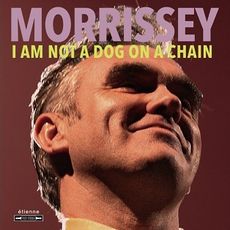